Here is my (slightly modified) submission to the NoCOUG SQL Challenge. Read below for my description of what the query is doing.

First, you need to understand how the data in each row relates to each other. The general idea is that the words form a tree. WORD2 in all but one row (the root node) maps to exactly one of the other rows WORD1 or WORD3, making that row its parent. For example:

So in my query, this is the “WORDS” with block, which gives me a result of:

Now I need to start putting the nodes in the correct order to put the full message together properly. Logically, this is done by starting with the root node and replacing WORD1 and WORD3 with their respective children recursively (or not replacing if that word doesn’t have a child). In my query, I achieved the same idea by joining the query to itself twice to determine if WORD1 and WORD3 had a child. In my tree a child can be found by looking at the current nodes ORDERED_PATH and adding either a “.1” (WORD1’s child) or “.3” (WORD3’s child). If WORD1 has a child, I don’t include it in the result as it will be included from the child’s record. Likewise, if WORD3 has a child, I don’t include it in its output. I also want a parent node to appear in between its WORD1 child and WORD3 child, and this is achieved by rpadding the ORDERED_PATH with a “.2”. Once this is done, I can alpha sort on the new order and my message is written out for me in the correct order, but as separate rows. This is the “ORDERED_PHRASES” with block:

So the final step is to combine all of the rows back into a single row that has the words in one wide column. To do this, again I use the CONNECT BY clause. The first step is to assign a value that corresponds to the order of the phrase_order column and a value that is the total number of rows in the query. I use my ordered column to connect each row to the previous, and the total number or rows column to just filter down to the last row (whose parents include all other rows). I use sys_connect_by_path to show the phrase of the current row and all of its parents beforehand. Since some of the phrases already have spaces in them, I have to use a different character in sys_connect_by_path, so I chose a comma. I then replaced the commas with spaces and as a final step trimmed any extra space (there would have been a leading space as sys_connect_by_path adds the delimiter before every line). This gave me my final output:

Note: In my original version, I used an ORDER BY in the “ORDERED_PHRASES” with block and then just used the rownum pseudocolumn as my rn column. However, I was thinking it could be possible for Oracle to materialize the results of the with blocks and possibly not pull them back in the correct order, so I changed this to the row_number() aggregate function. I also originally didn’t have the extra logic of assigning a “.0” to the root node (I used a lazy way of saying if this node is not a child of a WORD1 assign it a “.3”). Since there is only one root node, this doesn’t effect the outcome of the query at all, but having the root start with “.0” instead of “.3” makes more sense when showing it in the examples.

Again, I look forward to seeing the other entries as I am sure there are many other ways to do this that are probably much superior. And I do need to get my 11gR2 instance up and running again so I can start playing around with recursive queries!

I have submitted my answer to the NoCOUG SQL Challenge. It really wasn’t as terrible as I thought once I had a strategy down, even though I was only using 10gR2 functionalities. I will post my answer with my explanation for what each step does once the contest is over or I hear back from NoCOUG that they don’t mind me posting now. I am very interested to seeing the other solutions that people submit.

A late post, and one that is no fun to make, but IndyCar lost an Icon last Friday when Tom Carnegie passed away at the age of 91. The phrase “and it’s a new track record” in Tom’s voice is still very clear in my head, even though we haven’t got to hear it for several years now. Thank you Tom for helping to make a fan out of me. You will be missed every May. 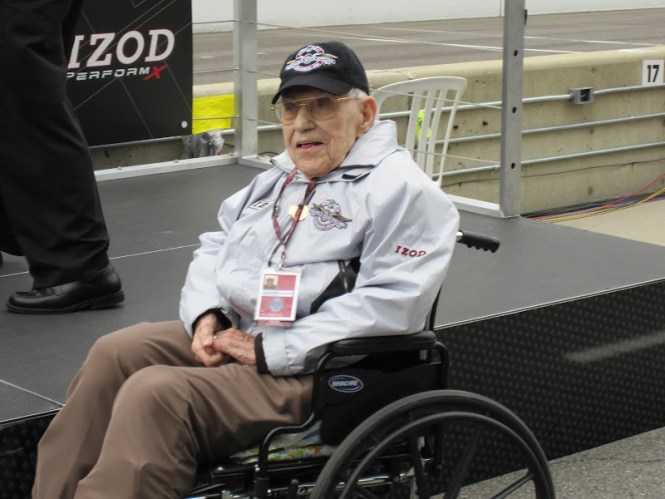 After some thought, I figured out the pattern in decoding the message. Luckily I remembered that Iggy likes recursive SQL, so I had a feeling that would be involved. Using a quick PL/SQL script, I proved that my theory for decoding the message actually words, so now I just need to convert that to SQL. Unfortunately recursive table expressions are a 11g feature and my install of 11gR2 is currently down and in need of being rebuilt, so that makes things much more difficult. Since I am currently sans 11gR2 database, (and by the time I get it up and running again there are sure to be many great solutions posted using recursive queries), I am going to try to solve this on a 10gR2 database. I have some initial thoughts how this might be done, but have yet to prove anything out yet.. Wish me luck, this is sure to get pretzely indeed!

Iconic One Theme | Powered by Wordpress